Werner Mahler Cerbére (France) . In the footsteps of Walter Benjamin 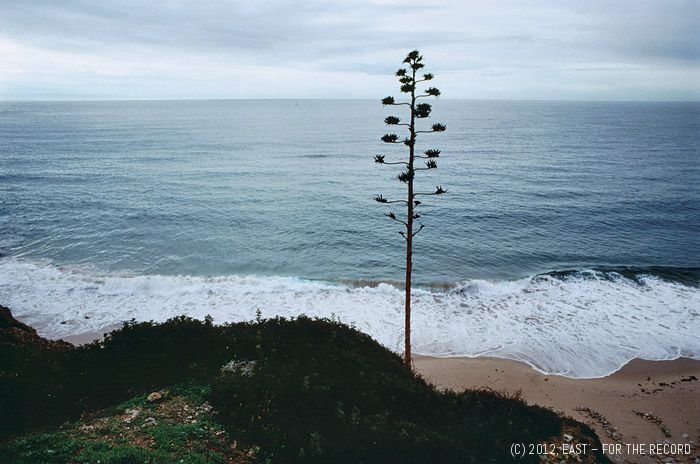 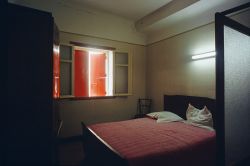 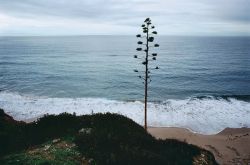 The world of exile

Notes from a remarkable journey in the footsteps of Walter Benjamin

September in Roussillon: there is mild bathing weather between St. Cyprien, Port Vendres and Banyuls, the southernmost bays along the French Mediterranean coast. People here probably think we are tourists who have chosen the cheaper off season – if it were not for the exotic number plates of our car or our bright blue passports, the jumble of visas and stamps had drawn the wary eye of every customs official so far. We are from the GDR, two photographers and two writers, conducting research here, at the edge of the Pyrenees, for a book investigating the fate of German emigrants in France. The theme has seen a surprising rise in interest since the early eighties, and not only in the West. In the GDR, too, with its unshakeable anti-fascistic founding myths, a generation of “children of exiles” arose, seeking their own access – beyond the canonised eyewitness reports – to the events of the past, which were often complex in both political and human terms.

Lion Feuchtwanger, Franz Werfel, Heinrich and Thomas Mann, Friedrich Wolf, Anna Seghers, Alfred Kantorowicz – many dealt with their memories of internment, the fight for survival and escape in literary form. And for each one that wrote down their story there are numerous others whose fate unfolded anonymously, sometimes even more dramatically, often enough fatally, such as those of Rudolf Breitscheid, Carl Einstein, Walter Benjamin …

We have spent months studying CVs, memoirs and records. Now the time has come to view the settings of these historical events and photograph them for the book: the infamous camps of the allegedly “unoccupied zone”, in which refugees from almost all European nations were interned at the onset of war; in Marseille the consulates in front of which hopeful would-be emigrants queued for the documents that would save them; the secret escape routes over the mountains to Spain and on to Lisbon, along which thousands escaped from the clutches of the Gestapo. German stories of life and death at the southwestern edge of Europe.

But on our way to these historic places the German present catches up with us. It is September 1989. The bold headlines scream out from every newspaper stand: secret crossing of the “green frontier” between Hungary and Austria! The situation at embassies is getting out of control! Camp sites used as refugee camps! The past of books bound up as harmless luggage and the intrusive, vivid present that arrives with every news bulletin begin to merge with one another. Instead of sitting in Marseilles leafing through the list of carefully reconstructed addresses of aid committees, conspirative apartments and former consulates, each morning begins for us with the long steps at the St. Charles railway station, enquiring at the kiosk there for the first German newspapers of the day. Most of them are from the day before yesterday, but provide material for debate until into the evening. From day to day it becomes increasingly more difficult for us to think about the book, as agreed with the publisher. Nevertheless, we decide to simply go with the flow as long as our money lasts; from hotel to hotel, right across the south of France, this “classic emigration landscape”.

We are accompanied to the frontier by two contemporary witnesses in particular – Heinrich Mann (whose love of France persists even whilst fleeing treachery and persecution) and Varian Fry, the most famous escape agent of the time and the key protagonist of our planned book. In Cebère, on the terrace of a café opposite the tiny beach, we feel as if we are on an enormous stage setting that is just waiting for someone to come along and populate it with literary characters. Even the month itself is apt – the time of the grape harvest. A turn of the head is sufficient for the various reports to take on colour and contour: the railway station high above the rooftops, at that time apparently still French enough for the officer in charge to prevent the illegal travellers from continuing their journeys and yet expressly recommend the secret route over the mountains. On the left is the goat track along which Heinrich Mann and Franz Werfel crossed the sparse frontier slopes at an angle to the coast. And further back, inland, the vineyards. It is through this undergrowth that the smuggler trail must have led. Known to the Spanish Civil War veterans as Route Lister, it was renamed F-Route by Varian Fry, F for Lisa and Johannes Fittko, two German emigrants, themselves at risk of deportation, who led over one hundred refugees across the border into Spain between September 1940 and April 1941. Their first charge was also their most tragic case: Walter Benjamin.

On an unbearably humid day we climb along the escape route of Benjamin. After four hours we believe we have actually found the legendary place at which “far below, from where we had come, we saw the deep blue of the Mediterranean once more; on the other side […] a glass plate of transparent turquoise – a second sea? Yes, of course, it was the Spanish coast.” This was how Lisa Fittko described the moment of crossing. And once again we hope to be able to close that unfortunate gap in the story: only those that survive are able to tell of it.

We spent almost a week hanging around in this area. Our first glance in the morning and the last at sunset are in search of the zigzag line of the mountain ridge where we assume the frontier to be. We observe the customs officers as they idle in the dreary railway station hall, we stare at the tunnel entrance from the end of the platform. High above flows the incessant stream of vehicles over the mountain. Only we are fixed on this imaginary line, which is no longer of significance to anyone here. But did we not also tremble anxiously in anticipation of the timely granting of a visa at consulates? And now, finally, at the border between France and Spain, at one of the most celebrated customs houses in world literature, we are accorded the anachronistic honour: in spite of the sleepy midday hour the official disappears into his office in order to actually fetch his stamp.

The view from the cemetery in Port Bou to the paradisiacal bay remains an unforgettable one. Just like the visitors before us, we are unable to find the place amongst the strictly regimented tiers of burial niches:
Jewish suicides receive no tombstone in a Spanish churchyard. Merely a marble slab at the entrance for the filòsof alemany, someone has stuck a sadly faded rose behind the white stone. At this point we are at our wits’ end. In the face of such futility it is impossible to cobble together even a routine story. So what has brought us here? No one is persecuting us and we are on the run from no-one but ourselves – in order, at the foot of the Pyrenees, to discover what is happening in Hungary, in Prague and at home: the massed
storming of the wire. To finally see what really is.

We consequently approach the experiences of the exile in a different manner than could ever have been anticipated. Suddenly it is we who are holding endless conversations about “back home”, filled with speculation and worry that increases day by day. It becomes increasingly apparent that everything is at stake this time. Even here in the aromatic south, we are not far enough removed from it. We will have to come to a decision: stay? Or return? Suddenly, we too have our lives in our hands. When pictures of street battles appear, not from Beirut or Belfast, but Dresden and Plauen, we break off the journey.

Arrival in Berlin late in the night of 6 to 7  October. When we head onto the streets in the afternoon the centre and Prenzlauer Berg are full of demonstrators, water cannon, police and army. The city that we left five weeks before for a literary excursion into history has become unrecognisable.

P.S.: The book “Fluchtwege”, a joint project of Ute and Werner Mahler (photos) and Leni Lopez and Wolfgang Kil (text) disappeared, like so much, in the confusion of the fall of the Wall and subsequent transition.