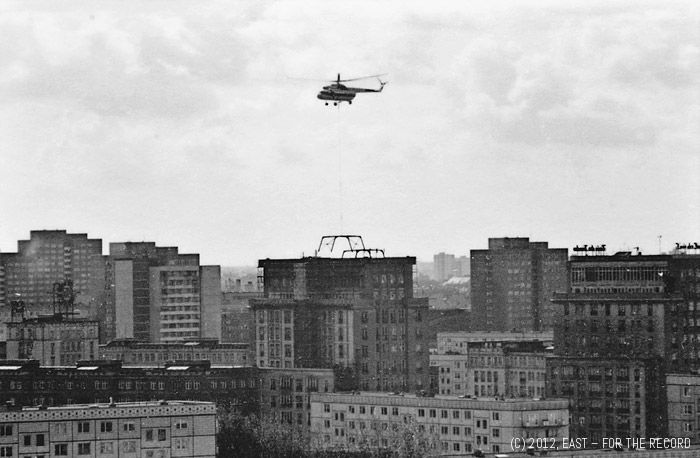 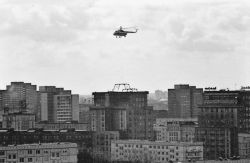 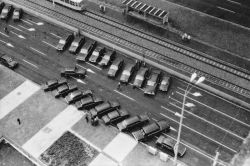 07  October 1989, 40th anniversary of the GDR. East Berlin, view from the balcony of our apartment on the 17th floor of the tower block, Mollstraße 31. A number of days prior to the military parade to mark the 40th anniversary of the GDR a helicopter circles Straußberger Platz. I am 17 years old, in the 12th grade. At our school, EOS Carl von Ossietzky, a petition had been raised the previous year in protest of the annual parade. The Stasi gets involved. The next day, pupils are already being pressurised to denounce one another. At the flag ceremony four pupils are condemned and expelled from the school. We stand there, dumbstruck. I feel powerless. The controlling, invisible force circles above us.

On 07  October 1989 the government limousines park in front of our building, bringing the statesmen who stand on the tribune in Karl-Marx-Allee whilst the military parade rolls past. The broadcast is on the television, the cars wait.