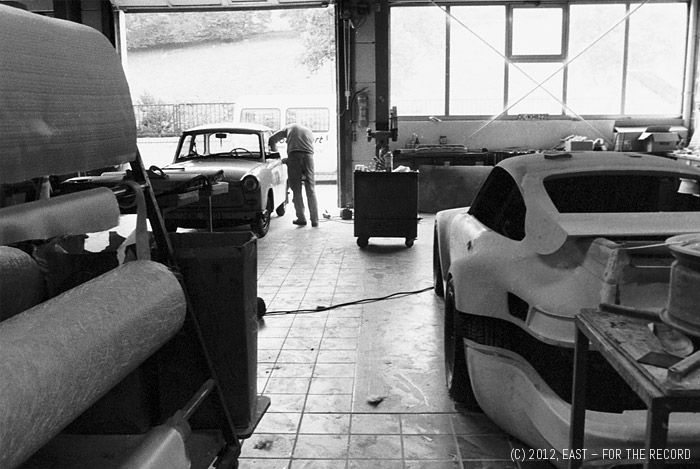 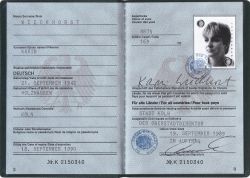 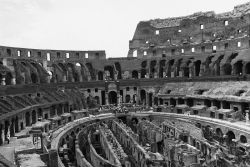 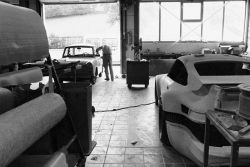 Secretly in Rome  Summer 1989. Paola from Rome is staying in my studio. She is in Leipzig to study at the university library. At this time a visa has been applied for from the VBK Artists’ Assocation for a trip to Cologne to host an exhibition at the KAOS Galerie. We make plans. When my exhibition “Encounters in studios” opens in Cologne, I will visit her in Rome. On 06 September I receive a visa in Berlin, valid for multiple visits until 30/11/1989, I immediately set off for Cologne in my Trabant. At the Cologne city council I apply for a green passport valid from 19 September 1989 until 18 September 1990. On 21 September I drive to Munich, celebrating my 47th birthday there with friends on the Ilka Höhe. After a few days in Munich I climb aboard the night train for ROME. Some of the western currency given to me is stolen on board the train, but I arrive in Rome and stay with Paola, near St Peter’s Square. I wander through Rome, with her, but sometimes also alone – I walk to the Colosseum, arrive at the Spanish Steps, come to a fabulous building – it is the Pantheon – I stand inside and look at the sky through the opening. All around me are tourists, and me – in amongst them, secretly. It is an unusual feeling, almost as if I am floating, as if I am wearing an invisible cloak – I will never again experience Rome in the same way! On one of the seven hills I see two women. They look familiar to me, I approach them: it is Frau Badstüber from Berlin and Gerda Lepke from Dresden. They are there officially. In Rome I come down with a fever. I fall ill. In Leipzig the revolution is underway and I am so far away from it! I leave Rome on 03 October. In Cologne my Trabi has been rolled onto its right side. This has caused the door handle to push through the door. I moan and complain about the difficulty of finding a new door in the GDR. Peter knows where to find help. We drive to the Zimmermann Porsche garage on the outskirts of Cologne. My Trabi stands amidst the Porsches and astonished mechanics. The door is filled and smoothed off – I am saved. On 09  October I am back in Leipzig. At exactly 6.00 pm I drive past the main station in my Trabi and sense the enormous tension in the air in Leipzig. I have finally arrived back in the current setting of world history.